No gays in the village?

A USA Today survey on people’s fears around ageing showed that 64% of the respondents who were all over 65 said they were most afraid of losing independence or living in pain. Quite likely the same survey would come up with similar results in Australia.

But, what if you surveyed only older lesbian, gay, bisexual, transgender and intersex (LGBTI) people?

Yes, they would most likely fear losing independence or living in pain as well. But a trailer to a very poignant video that I viewed last year called Gen Silent had me thinking what else might they fear? The video shows that LGBTI Elders are going back into the closet in record numbers because they are fearful of being treated unfairly or even cruelly if they are ‘out’.

A Southern Cross University study found that ageing lesbian, gay, bisexual, transgender and intersex people in NSW are concerned about the lack of LGBTI-friendly aged care and retirement facilities and fear discrimination.

The study reports that “Older LGBTI people thinking of accessing aged care services have often had many experiences of discrimination when they were younger and they carry that with them through their lives and so that influences how they engage with service providers.

One of the other key findings was that those identifying as LGBTI experience higher levels of psychological distress than the general population, which is more marked among those living alone or not in a relationship.

Further, Michael Kirby recently worried that the large multicultural workforce in aged care services may make gay friendly care harder to produce because of the prejudices and lack of information they may have on gay elders.

We know that in 2013 changes to the Sex Discrimination Act means that LGBTI people are protected from discrimination under Human Rights law. But, we know that it is difficult for vulnerable people to make complaints, especially if they are already fearful..

What can you do to help GLBTI people feel comfortable in your aged care service?

We now have the Rainbow Tick Australia, an Accreditation Program that supports organisations to understand and implement LGBTI inclusive service delivery and reassures LGBTI consumers and staff that Rainbow Tick organisations will be aware of, and responsive to their needs.

A fantastic idea, and highly recommended if you want to do more than lipservice. What else can you do?

Well, because I care mostly about how you communicate, I urge you to review all of your communication tools.

Your forms, your brochures, your website, your social media, your photos and images in your organisations and in your publications. But most importantly, your ‘people communications’. They way you and your staff talk to people, they ways that all clients are engaged and made to feel welcome.

I’d love to hear your ideas. How can you make your organisation’s communications more GLBTI friendly and welcoming?

Also, I would love to help you with your review, let me know if I can be of assistance. 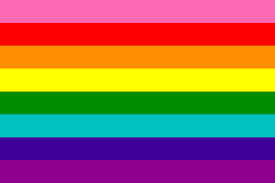